Gaming Heads is proud to introduce the third in our 12 inch Team Fortress 2 line, the Medic!

What he lacks in compassion for the sick, respect for human dignity, and any sort of verifiable formal training in medicine, the Medic more than makes up for with a bottomless supply of giant needles and a trembling enthusiasm for plunging them into exposed flesh. Raised in Stuttgart, Germany during an era when the Hippocratic oath had been downgraded to an optional Hippocratic suggestion, the Medic considers healing a generally unintended side effect of satisfying his own morbid curiosity.

Builders League United! This is the BLU Medic version. We have used the actual game files to create the statue to make the definitive version of the Medic. He measures approximately 13 inches tall, including the base. Cast in high quality poly-stone, the statue is hand finished and hand painted to exacting standards.

The Medic statue comes packed in a foam interior full colored box with a card of authenticity. Highly limited at only 750 pieces available worldwide.

This is the third in our Team Fortress 2 line. Low numbers will be given on a first come first served basis! If you have already ordered the Heavy or Soldier and validated, our validation system allows you to collect the same number of the Medic. 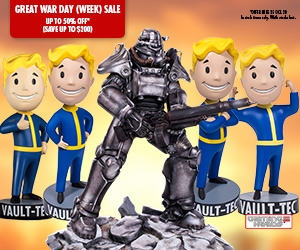